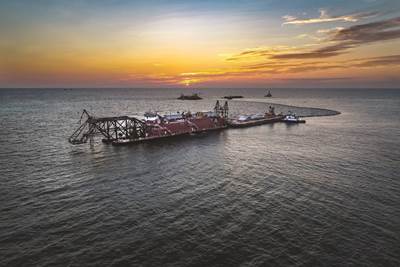 Simonelli, who has spent 44 years with Great Lakes, became the President of the company’s Dredging Division in 2010, and Chief Operating Officer in 2018.

Lasse Petterson, Great Lakes' President and Chief Executive Officer, said, “Dave Simonelli’s rise through the company’s ranks has demonstrated his dedication to Great Lakes and all of our employees. He is well known for tackling the toughest projects, the most challenging issues, and doing so with great success. One of Simonelli’s key passions has been to assure that the Bullseye culture remains a key foundation of the company and as such, he has been a mentor and advisor to several generations of colleagues at Great Lakes who will now build on his legacy for the future. We thank him for his many years of service and know that his retirement is well deserved. We look forward to our continued association with Dave in a different capacity as we complete the transition plan which has been in progress and which will entail an operating structure that best maximizes our growth in the market and in the dredging and offshore wind industries.”