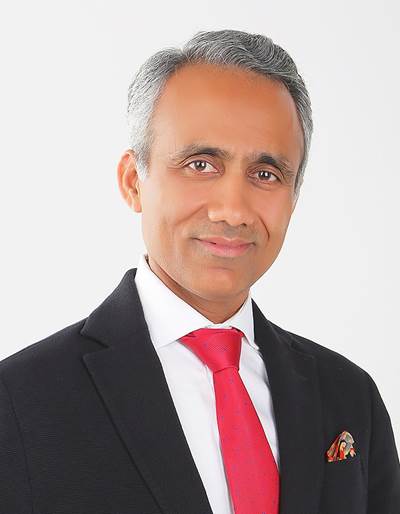 The Goltens Worldwide group of companies has announced the appointment of Mr. Sandeep Seth as President.  Seth first joined Goltens in 2002 and has steadily climbed the ranks, serving in positions of progressively increasing responsibility.  Seth will continue to serve as a member of the Board of Directors.

Seth has most recently served as the Vice President Asia Pacific and Vice President Finance of Goltens Worldwide.  In these positions, he has overseen the operational, business development and financial aspects of the organization in the Asia Pacific region.  Seth began his career at Goltens as a Regional Controller Asia, then served as Regional Controller Middle East and Far East, thereafter as Managing Director Middle East and India, and for a period as Group IT Head.  Since 2010, Seth has overseen all Goltens business units in the Asia Pacific region and has made substantial contributions to the management of operations in the Middle East as well.  During this period, his accomplishments included spearheading the reorganization of the UAE business units to improve results, and implementing a strategy for long-term growth.

Seth has more than 28 years of experience across various industries, including 17 years in the marine and offshore industries.  Prior to joining Goltens, he held various managerial and finance positions in Asia, including serving as the Operations Head Far East and Chief Financial Officer for Global Operations of a large financial research organization.  In addition, he is experienced working with companies of international reputation in numerous industries, including manufacturing, technology and finance in the Far East, Middle East, Europe and United States.

Seth will continue to be based in Singapore for Goltens, where he has developed extensive experience in global operations, finance, strategic partnerships, and joint ventures.  Under his leadership focused in the Asia Pacific region, the Goltens organization has successfully navigated tumultuous market conditions over recent years in the merchant marine, oil and gas, and stationary power industries.