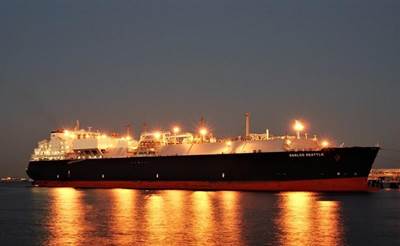 Curt Anastasio, Chairman of GasLog Partners, said, “We are delighted to be welcoming Paolo as our new CEO. Since joining as COO in 2019 Paolo has been leading the effort to improve the operational efficiency and competitiveness of the Group’s fleet. His depth of knowledge and experience in shipping and ship operations make him ideally suited to lead the Partnership as we look to maximize the value of our vessels trading in the short-term market.

“On behalf of the Board, I want to thank Paul for his contributions to the Partnership, particularly given the uncertain backdrop we’ve had to navigate over the last 12 months.”

Wogan said, “I have really enjoyed serving as the Partnership’s CEO and I am pleased to be handing leadership of GasLog Partners to Paolo. His proven track record of delivering operational excellence will continue to be instrumental in ensuring the Partnership’s future competitiveness. I wish Paolo great success in his expanded role.”

Enoizi commented, “I am excited to be taking over as CEO of the Partnership during this time of transition. I look forward to working with my colleagues and the Board as we develop an independent strategy that aims to make the Partnership a leader in its markets.”