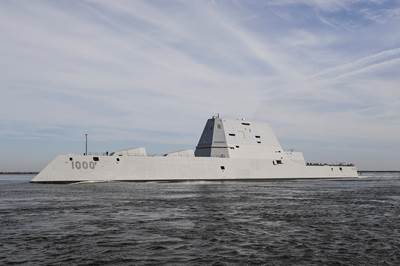 Fincantieri Marine Systems North America (FMSNA) announced that it will expand its marine repair operations on the U.S. East Coast, a move that is expected to bring hundreds of jobs to Jacksonville, Fla., as they will provide extra marine repair capacity for both commercial and government vessels.

FMSNA will make Commodores Point the focus of this effort, bringing business and investment to the downtown Jacksonville waterfront.

“We are investing millions of dollars in waterfront improvements, including bringing in a large dry dock, which will allow us to be a top-tier marine repair operation.” said Ryan Smith, FMSNA’s President and CEO. “The dry dock will be U.S. Navy-certified, which will enable us to repair and maintain Navy vessels in addition to our work on commercial and Coast Guard vessels.”

In August FMSNA received approval from the Navy to participate in repair and maintenance delivery orders on the Freedom-class Littoral Combat Ships currently homeported in nearby Mayport. And in October they received approval to compete for work on the remaining Mayport surface fleet.

With the company’s expansion in northeast Florida, Smith plans to employ more than 300 men and women over the next three years. These jobs include well-paid positions in pipefitting, shipfitting, welding, electrical, outfitting, preservation, and mechanical specializations. Starting in early 2022, FMSNA’s will open to provide services to small to medium-sized commercial vessels at their Commodores Point facility. And although the large dry dock will not be operational until 2023, FMSNA will be able for top-side work on larger vessels pier side.