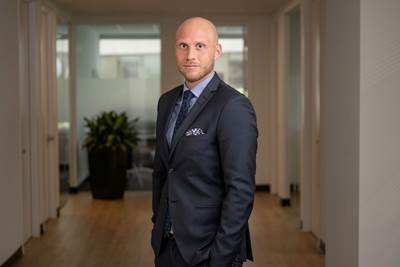 Dan-Bunkering (America) Inc. has announced that effective May 1, 2020, Kasper Rosenberg has been promoted to Senior Bunker Trader in its Stamford office.

Rosenberg, a Danish national, commenced his career in the bunker industry when joining the company’s office in Middelfart, Denmark, as Bunker Trader in 2013. Prior to that he spent two years working for the group’s shipping and agency division.

In 2015, Rosenberg relocated to Stamford to help start up the company’s first office on the US East Coast as well as expand the company’s presence in the North American market.

The office in Stamford currently consists of six employees with several years of bunker experience combined.