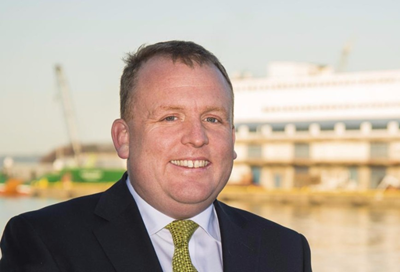 Bjørkeli was previously Director of Norway for the Dutch company Huisman, and established the company’s Norwegian presence for offshore construction equipment solutions. Bjørkeli will remain based in Bergen, Norway.

Prior to joining Huisman, Bjørkeli was a design engineer with the ship designer and shipbuilder Ulstein. He held several positions with Rolls-Royce, including VP Sales for North East Asia and Managing Director of Rolls-Royce Marine Japan, during which time he was based in Korea for six years and Japan for two years. Subsequently, he was appointed VP Systems Sales & Marketing Campaigns with global responsibility for Rolls-Royce systems in merchant vessels.

Bjørkeli is a mechanical engineer by training from Western Norway University of Applied Science, and holds an MBA in Shipping, Offshore and Finance at BI Norwegian School of Management and Nanyang Technical University, Singapore.