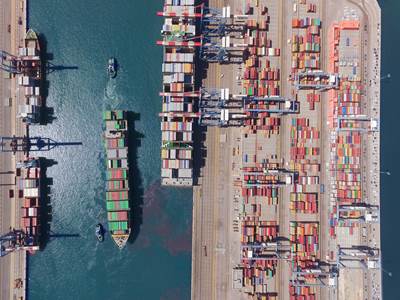 In his capacity as General Counsel to the Commission, Hughey will provide legal advice and recommendations to the Chairman and Commissioners on regulatory and policy matters. He will serve as a member of the agency’s senior management team and will also be responsible for supervising the work of attorneys assigned to the Office of the General Counsel.

“We are fortunate to have Chris Hughey join the Commission as the General Counsel. His prior FMC experience and litigation background is valuable. He is uniquely qualified to assume these duties and my colleagues and I will benefit from his legal counsel,” said Chairman Maffei.

Hughey possesses extensive experience as a litigator, having argued cases before the Supreme Court of the United States, the U.S. Courts of Appeals for the District of Columbia and Fourth Circuits, and the U.S. District Court for the Central District of California.