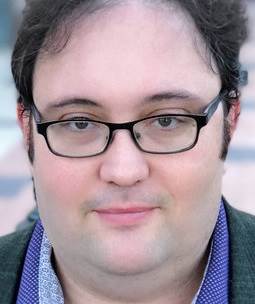 PEIR, a new app that helps the transportation logistics and shipping industries better assign costs based on responsibility for damaged shipping containers and trailers, has announced the hiring of Dr. Aaron Bryden as Chief Technology Officer and the acquisition of Tamper-Secure technology and patents from PRAXIK.

Tom Burke, CEO of TCompanies, parent company of PEIR, said,  “Acquiring the Tamper-Secure technology and patents from PRAXIK made a great deal of sense for PEIR as we continue to develop the technology that utilizes photos to document and prove that something was in a particular condition at a specific place, date and time.”

Tamper-Secure is an API using patent pending technology to leverage the blockchain to verify the creation time & date of a digital document, verify the location at which a photo or video was captured, and ensure the authenticity of any digital document.  The technology is currently being utilized by PEIR.

“Costs surrounding damaged containers and trailers is a major problem for logistics companies which we estimate domestically at $1.8 billion dollars annually,” said Burke. “Within the U.S.A., there are 37.5 million containers/trailers that annually transport goods through numerous interchange points each trip. We estimate 25 percent of those containers/trailers --9.4 million -- sustain damaged.  And if you conservatively estimate a damage fee as little as $200 per incident, you exceed $1.8 billion in annual costs -- and this does not include the cost of any damaged shipping contents, such as large screen HDTVs, or the loss of container/trailer revenue during the repair period.”

Before PEIR, if you hadn’t damaged the container/trailer, you had little way to prove your innocence amongst the other 5-7 parties involved in the shipment.  And determining who was at fault is a problem in terms of man hours and potential legal costs for all involved at interchange points.

Hägg takes the helm at Steerprop

The American Maritime Partnership (AMP) has announced the election of new leadership for the organization. Michael Roberts becomes the new president…