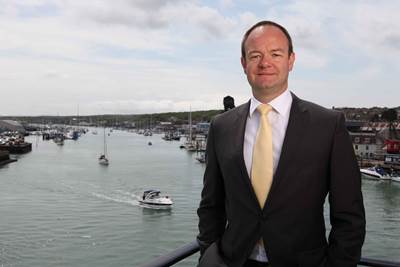 The U.K.’s decision to leave the EU has the potential to drive many of its maritime employees away, according to the results of a survey issued by industry recruitment group Faststream earlier today.
A survey to U.K. based maritime employees, issued following the Brexit results today (24.06.16), shows that over 39 percent of employees who wouldn’t previously have looked at a move away from the U.K. would now consider roles overseas, with a further 23 percent undecided. “It’s a leave vote for the U.K. and a leave vote for U.K. maritime employees,” said Mark Charman, Faststream Group CEO.
Charman continued, “Global mobility has always been a positive aspect of working in the maritime industry. Sixty-six percent of respondents to our survey would have considered a role outside the U.K. prior today's Brexit results, which shows just how flexible the maritime workforce are. The uncertainty that a leave vote brings just adds fuel to the fire.”
The U.K., like many other global maritime hubs, already faces a serious shortage of talent in shore-based operations. The opportunity for U.K. employees to secure jobs away for its shores will be possible for many, but not all. “The shock factor created by the reality of the U.K. leaving the EU will create immediate uncertainty for many U.K. maritime employees. However, wanting to move away from the U.K. doesn’t mean that employees can or should. It’s a big decision, both personally and professionally, and not one to take lightly.”
Charman continued, “The subject of losing talent from one location to another is not groundbreaking. Whether it’s a downturn in a certain region, rising living costs, lack of opportunities or low pay, there will always be a host of reasons for maritime employees to consider a move away from their current location. On face value the leave vote in the U.K. is not unlike any of these. Time will tell.”
“We already have plans in place to record, analyze and release a monthly maritime confidence index later this year which will monitor employee confidence data within global maritime hubs. We feel that this is important, not just for the U.K. but to the market as a whole.”
European Union • Mark Charman • United Kingdom
Email