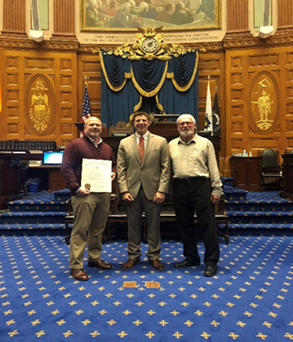 Maritime focused steel and aluminum fabrication specialist Blue Atlantic Fabricators said it has been awarded as 2019 Manufacturer of the Year by the Massachusetts Manufacturing Extension Partnership.

“I’m excited to recognize Blue Atlantic Fabricators for this honor,” Rep. Madaro said. “Blue Atlantic continues the storied tradition of maritime industry on the East Boston waterfront, providing jobs in the skilled trades for projects across Massachusetts. I am proud to have them as a member of our community.”