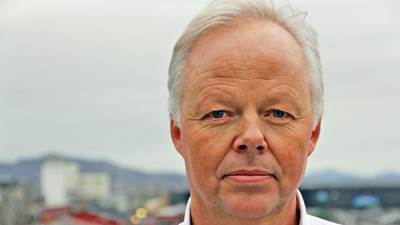 Hoff succeeds Torgeir Nærø, who has resigned as CEO to pursue other opportunities. The outgoing cheif executive will take on an advisory position until the end of Q1 2019.

Hoff joined Bergen Group as CFO in June 2015 to assist in its restructuring process, and has previously held various leadership roles in both finance and industry, including as CFO in Tandberg Data, CFO in Tandberg Storage and CFO in Data Invest. He also has board experience from industrial companies, including position as board member in Norske Skog. He has a total of 1,417,000 shares in Bergen Group ASA through his privately held company Eagle AS.

The new CFO Riiser has a background as VP Finance in Bergen Group since August this year, combined with earlier manager positions in advisory firm KPMG. Riiser has varied accounting, consulting and audit experience from a number of different companies in various industries, including various assignments towards Bergen Group over a number of years. He is a state-authorized public accountant and graduated from the Norwegian School of Business and Economics with a master's degree in auditing and accounting. He currently holds no shares in the company.