work for the next two months until their employment is terminated, according to the WARN notice.   The termination will likely be permanent unless the company secures a new contract for the Viking.   The Maersk Viking drillship was delivered to Maersk Drilling in February 2014 by Samsung Heavy Industries shipyard in Geoje-Si, South Korea.   Previously, the Maersk Viking was operating for Exxon Mobil Corp. on the Julia field in the U.S. Gulf of Mexico up until Dec. 2017, according to a company press release.

According to a report by Korea Economic Daily the number of workers who left Korea's top-three shipbuilding companies - Hyundai Heavy Industries, Samsung Heavy Industries, and Daewoo Shipbuilding & Marine Engineering - in the first half of this year is estimated at around 5,000.   As the shipbuilding industry was hit by global oversupply and lack of demand the country’s shipyards were forced to decrease their workforce as they launched drastic restructuring measures in an effort to return to liquidity.   As a result of the shipyards' top-to-bottom restructuring, caused by

Massive Layoff Ahead for Hyundai Heavy

that the company’s spokesperson denied rumors of an imminent layoff plan, but said, “We are considering diverse ways to streamline the business although nothing has been confirmed.”   The speculation came as Hyundai Heavy -- along with two other shipbuilding giants Samsung Heavy Industries and Daewoo Shipbuilding & Marine Engineering -- has continued to see weak ship orders in the sluggish shipbuilding market globally.    Meanwhile workers at shipyards of Hyundai Heavy Industries, located in Ulsan, South Gyeongsang Province, raised concerns over a possible 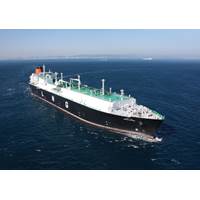 power plant contract won in 2013. Building power plants of that magnitude was another new business for Hyundai Heavy. The third-quarter loss at Hyundai Heavy, coming on top of its previous record loss of 1.1 trillion won in the second quarter, are in stark contrast to brighter times at Samsung Heavy Industries Co., the world's no.2 shipbuilder by output of ships measured by tonnage in 2013. Earlier this month Samsung Heavy reported an operating profit of 181.5 billion won in the third quarter. That was Samsung Heavy's second-straight quarterly profit since it set aside about 500 billion won 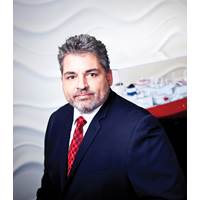 Excelerate Energy & the Year of LNG

accommodate vessel sizes up to 175,000 cu. m.  The project is designed to be executed in two phases.  We’ll build the above ground infrastructure and then the jetty itself in Port Lavaca while the floating liquefaction storage and offloading (FLSO) unit will be built in Korea at Samsung Heavy Industries in partnership with Black and Veatch who will provide the liquefaction process design and key equipment.  That vessel will be built, pre-commissioned, delivered from the shipyard and commissioned on site in about 47 months. At a cost of …?