cent shipboard jobs for Indian seafarers.The seafarers employed on ships worldwide increased from 108446 in 2013 to 154349 in 2017.India now provides 9.35 per cent of the global seafarers and ranks third in the list of the largest seafarer supplying nation to the world maritime industry."The Ministry of Shipping has strived to improve employment generation in the Shipping sector during the last four years," said Union Minister of State for Shipping Mansukh Mandaviya.He further added, "the number of trained active seafarers today is 154,000, of which 4700 are women and as many as 810 are 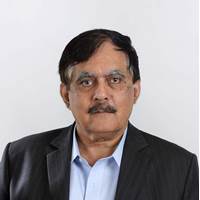 , Center of Excellence in Maritime & Shipbuilding (CEMS), a startup in skill development for maritime and shipbuilding sector, has announced readiness of its labs in Visakhapatnam.CEMS is promoted by Indian Register of Shipping (IRClass) in partnership with Siemens and support from Sagarmala, Ministry of Shipping. Its Visakhapatnam campus is located in the Indian Maritime University (IMU) premises.CEMS has planned 18 labs for its Visakhapatnam campus of which six labs are ready and will be operationalized shortly. The construction of 12 labs is underway at a rapid pace and expected to be completed

to work on board varies from 6-8 months.    Therefore it was difficult for them to get their license renewed in time prior to sailing and had to delay their sailing. In view of the longer employment duration and to ensure validity of GMDSS-GOC during currency of service period, Ministry of Shipping had requested Ministry of Communication for increasing the period to apply for renewal six months prior to expiry of GMDSS-GOC, which has been agreed to.

According to the Ministry of Shipping in India, the 12 major ports in the country together handled 159.0 million tonnes of cargo in the first quarter of the current fiscal (April-June 2016-17), against a cargo traffic of 149.74 million tonnes in the similar quarter of the previous fiscal, a year-on-year growth of 6.2 per cent.   The  joint secretary (ports) Pravir Krishn said the growth in cargo traffic showed some buoyancy, growing at 6.2 per cent in April-June FY17 against the 4.5 per cent growth recorded in April-June FY16.   During the first quarter of 2016-17, Mormugao 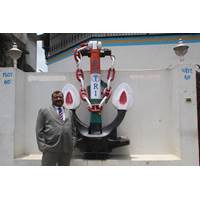 Over the next 10 years, India's maritime export import is anticipated to grow in the range of 5-10pc CAGR.   MASSA has always been instrumental in various initiatives primarily aimed at increasing the population of Indian seafarers. In the recent past, MASSA’s representation to Indian Ministry of Shipping successfully led to the ratification and implementation of an important ILO Convention ‘MLC 2006’ that protects the rights of seafarers. 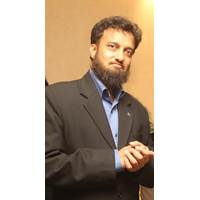 Indian shipping trade union the National Union of Seafarers of India (NUSI) has asked the Indian Ministry of Shipping for financial help toward the training of maritime workforce in oil exploration activities.   The union’s General Secretary, Abdulgani Serang, said NUSI has requested financial aid and incentives from the Ministry through National Shipping Board for training the maritime workforce at NUSI Offshore Training Institute (NOTI), currently operated by NUSI-ITF Trust.   NOTI trains the workforce that operates specialized vessels, or small-sized ships, catering to various