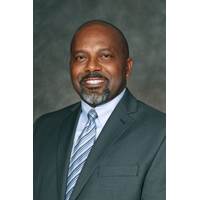 container ports in North America, and a major center for autos, bulk, breakbulk and heavy-lift cargoes, located in Tacoma, Wash.Charlton began his maritime career in 1996 as a Senior Terminal Planner with Freeport Container Port Hutchison Port Holdings in Freeport, Bahamas. In 2006, he came to South Florida to work for Tropical Shipping at the Port of Palm Beach as a Terminal Manager. Since then, he has risen through the ranks, securing positions of increasing responsibility with Crowley Liner Service at Port Everglades and Federal Marine Terminals at the Port of Lake Charles, La.A graduate of Howard 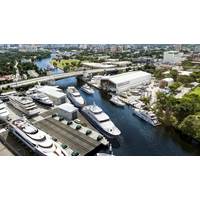 to staff its newly renovated North Yard and South Yard. The hiring campaign follows years full of updates after Rahmi M. Koç, a Turkish philanthropist, purchased the shipyard in 2013 while committing to restore the yard to its former glory. RMK Merrill-Stevens is known as the first shipyard in Florida and is now one of the most updated and capable shipyards in the region.RMK Merrill-Stevens provides yacht service, maintenance and refits to yachts and superyachts from around the world, from 30’ – 230’. The more than $30 million invested in the shipyard has brought new facilities 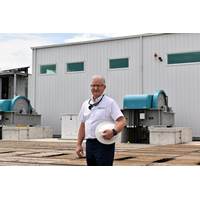 Industry veteran William Clewes has been appointed CEO of Miami yacht repair yard RMK Merrill-Stevens, charged with leading Florida's oldest shipyard through a period or redevelopment, reopening and beyond.“I am excited about building a team and a new facility to bring the RMK Merrill-Stevens facility back to its former glory and beyond,” said Clewes in January after accepting the position. Clewes will lead the North and South yards, which straddle the Miami River, the ongoing redevelopment of both, upcoming renovations and the grand reopening of the yards.Clewes brings to the role 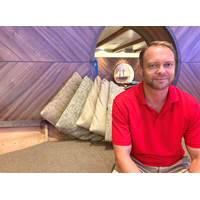 Nautical and Marine operations and Training for Princess Cruises, Crystal Cruises and Disney Cruise Line. Throughout his career, Marcus always had a passion for teaching and sharing his professional experience and so it seemed natural to start his own maritime training school in his new home state of Florida.Seven Seas Preparatory Academy is a young but expanding maritime training business. Launched in 2018, it experienced 400% growth after its first year of operation, which led to expanded training programs to include yacht stewardess training, deckhand programs and cruise line entertainment training 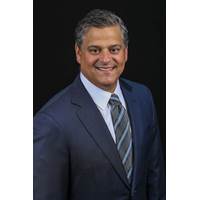 for the export division, a position he kept after the management team buyout that also made him part-owner. In 2013, following the ECU Worldwide acquisition, he was named chief procurement officer, the position he held until his move to Crowley. He holds a bachelor’s degree from the University of Florida in management 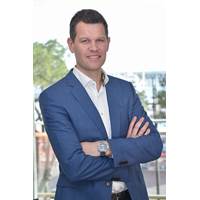 Dan-Bunkering (Monaco) S.A.M. appointed Hans Lind Dollerup as Managing Director.Dollerup entered Dan-Bunkering and the industry in 2002, and his employment has taken him from Denmark, where he was born and raised, to Monaco, Houston, Florida and now back to Monaco. During the years, he has been involved in trading, management and strategic business development giving him a broad interface and a great deal of valuable and diverse knowledge.The Monaco office currently consists of four people; however, the company is on the lookout for more traders. 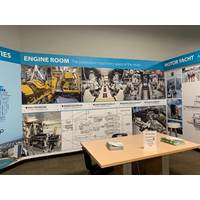 South Florida’s marine industry is a $12 billion/year economic engine that provides the region with 142,000 careers and jobs. With an aging workforce and a unique skill set, the maritime community is facing a workforce that’s aging out with skilled labor being very hard to find. To assist, Advanced Mechanical Enterprises/AMESOLUTIONS.COM, and 23 marine industry companies have joined forces with Junior Achievement of South Florida.On May 1, 2019, Junior Achievement of South Florida will unveil the Marine Industry Storefront, Sea the World, in the Patten Family Finance Park located at 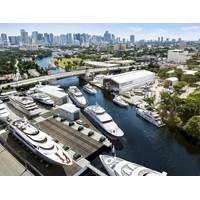 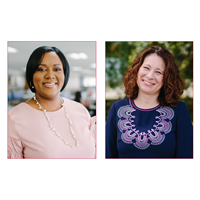 . Her career then progressed through the human-resources roles of generalist, manager and regional manager. In 2017, Crowley designated King as the company's Equal Employment Opportunity (EEO) coordinator. King earned a bachelor’s degree in business administration from the University of North Florida in 2001 and a master’s degree in human resource management from Webster University in 2006. She holds a Professional in Human Resources (PHR) certificate, issued by the Human Resources Certification Institute, as well as a Certified Professional (SHRM-CP) designation by the Human Resource 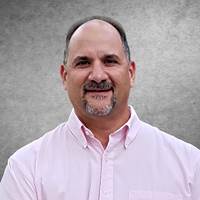 Peerless Electronics Inc., a U.S. stocking distributor of switches, relays and circuit breaker products, announced the appointment of Todd Schlott to the position of Industrial Sales Manager. He will be based in Florida.Schlott is a 30-year veteran of the U.S. industrial electronics distribution industry and has held VP and Sales management positions at some of the industry's most prestigious companies. He is a graduate of Lincoln Technical Institute School of Engineering.Bill Gallucci, President of Peerless Electronics Inc., stated, “Todd Schlott represents a most valuable addition to our 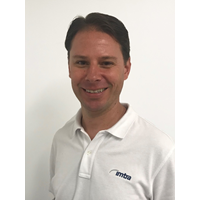 role. With over 20 years as a licensed yacht captain, Norton will use his vast, hands-on knowledge of the workings and operation of boats supporting IMTRA customers who need technical and application assistance. He and his family recently returned to his home town of Dartmouth, Massachusetts from South Florida where he captained vessels ranging from 80- to 120-feet. Norton has sailed extensively from the coast of New England through the Florida Keys to the Bahamas, Caribbean Islands and Central America.Van Noorden recently joined IMTRA as a technical support engineer in the growing electrical department 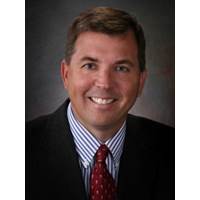 Canaveral, he spent more than a decade as Chief Financial Officer at JAXPORT, and was Deputy Port Director at the Port of Pensacola for nine years.  Poole's extensive professional experience includes as an auditor with the public accounting firm Saltmarsh, Cleaveland & Gund, and with the Florida Auditor General.Poole holds a Bachelor of Arts in Accounting from the University of West Florida. He is a Florida Certified Public Accountant and a Certified Government Finance Officer.  He currently serves as Chairman of the Florida Ports Financing Commission, and is a member of the Florida 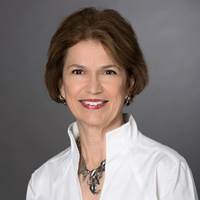 . She is a current corporate board member of Ameris Bancorp and has served in many high level positions with major banking and investment firms.McCague is a member of the UF Health Jacksonville Board of Directors, and is currently finance committee chairperson. She is also past chair of the University of Florida Foundation and co-chaired the $1.5 billion University of Florida capital campaign. Previously, she served as a gubernatorial appointee to the Florida State Board of Administration, overseeing that board’s $142 billion investment portfolio 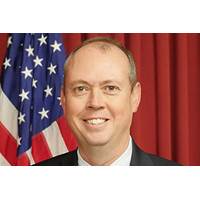 by issuing the best watches, warnings, forecasts and analyses of hazardous tropical weather and by increasing understanding of these hazards, enabling communities to be safe from tropical weather threats. The National Hurricane Center is co-located with the National Weather Service Miami-South Florida forecast office on the campus of Florida International University

Lou Dennis has joined the SeaRobotics Corporation as Director of Programs based at the company's headquarters in Stuart, Fla.   Dennis entered the ocean industry as a commercial diver after graduating from Florida Institute of Technology. He then joined Subsea 7's engineering group focused on Deepwater ROV and Intervention Tooling System design. Dennis later joined ROV manufacturer Perry Slingsby Systems, as its Vice President of Programs then moving onto Lockheed Martin as Business Development Manager for its AUV program. Before joining SeaRobotics, he served as General Manager of the Southeast 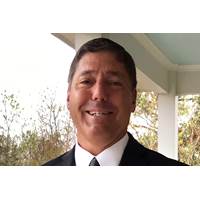