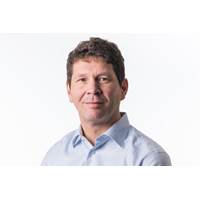 has appointed Christiaan Vermeijden as Chief Executive Officer, effective immediately. Vermeijden will replace Gardline's current interim CEO, Gerben Eggink.Vermeijden joins the U.K. based Royal Boskalis Westminster N.V. subsidiary after leaving his position as CEO at Norway-based Electromagnetic Geoservices ASA (EMGS). Prior to his role with EMGS, he was part of the Executive Management Team and Global Offshore Geotechnical Director at Fugro N.V.He holds a Master of Science (MSc) degree in Physical Geography from the University of Amsterdam and a Master of Business Administration (MBA) from

Sivertsen is New CEO of EMGS

Stig Eide Sivertsen is appointed as Chief Executive Officer of Electromagnetic Geoservices Bjarte Bruheim has decided to step down as Chief Executive Officer of Electromagnetic Geoservices ASA with immediate effect. He has held this position since 7 January 2015, and before that, he held the position as the company's executive chairman since 2004. The board of directors wishes to express its gratitude to Bjarte Bruheim for his valuable contribution to the company through many years. EMGS has initiated a search for a new CEO.   Until a permanent CEO is in place, Stig Eide

The new Board of Directors of Electromagnetic Geoservices ASA (EMGS) has reviewed the Company's organization, and has resolved to appoint Bjarte H. Bruheim as Chief Executive Officer of the Company effective from 7 January 2015. Bjarte Bruheim has been the Executive Chairman of EMGS since July 2004, and he has extensive experience from the oil service sector over the past 30 years.   Consequently, the Company and Roar Bekker have agreed that Roar Bekker resigns from the Company. He has held the position as CEO of EMGS since 26 May 2009, and has been employed with the Company since 2007.