The Long Beach City Council on Tuesday confirmed the appointments of Long Beach City College executive Lou Anne Bynum and former City Councilman Doug Drummond to second terms on the Board of Harbor Commissioners.   Mayor Robert Garcia announced the reappointments last month. Both Bynum, the Harbor Board Vice President, and Drummond, a former Board President, were originally appointed by Garcia’s predecessor, Mayor Bob Foster. “These commissioners have done outstanding jobs helping to lead the Harbor Department,” Garcia said. “Their commitment to continuing 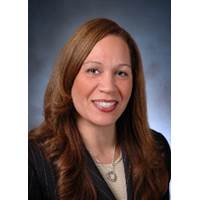 of Huntington Beach and was previously Chief Financial Officer for the City of Long Beach. She was appointed to the Harbor Commission in 2013 by then-Mayor Bob Foster. The Commission President chairs Board meetings and represents the Port to the public.   Farrell Harrison and Bynum succeed Doug Drummond and Rich Dines as President and Vice President, respectively.   Under the City Charter, the mayor of Long Beach appoints City residents to the Harbor Commission for a six-year term. Commissioners oversee the Port and direct the CEO, who in turn manages the more than 500-person staff of

fiscal year. The spending plan reflects the Port’s commitment to boosting its competitiveness in the long term by rebuilding and replacing outdated facilities and infrastructure. “The Port will continue to provide excellent seaport services and build the port of the future,” said Doug Drummond, President of the Long Beach Board of Harbor Commissioners. “The Port will remain a vital economic engine for both the regional and national economies.” The Harbor Department receives no taxpayer revenue to operate. Port operations are supported by income from terminal leases and