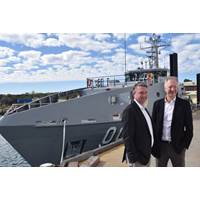 Australian shipbuilding group Austal announced its Chief Operating Officer Patrick Gregg will take over as Chief Executive Officer effective January 1, 2021, following a six-month transition from current Managing Director and CEO David Singleton.Gregg was appointed as COO 3.5 years ago with a view to him being a natural successor for the CEO role in the future, said John Rothwell, Chairman of Austal Limited. Since Gregg's appointment Austal has set up operations in Vietnam, expanded its operations in the Philippines and won a new Cape class contract with the Australian Government.“Our