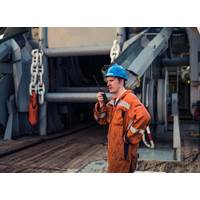 line of this global calamity. Their professionalism ensures that the goods we all need are delivered – safely and with minimal impact on our precious environment. These are people, usually far from home and family. Their own health and welfare is as important as that of anyone else.”Dr. Cleopatra Doumbia-Henry, President of WMU stated: “The world’s seafarers are indispensable to international trade. They are the lifeblood of the maritime industry and without them the food we eat, the clothes we wear, and all the many things we take for granted would not be possible. In times 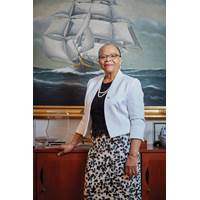 solutions with a socio-economic-environmental perspective.“The 2015 Paris Agreement and new IMO greenhouse gas emissions (GHG) Strategy require a significant reduction in GHG to be achieved over the coming decades, reaching zero emissions of CO2 before the end of this century,” said Dr Cleopatra Doumbia-Henry, WMU’s President. “The University takes very seriously our commitment to do all we can to assist IMO member States to implement the IMO regulations to reduce sulfur oxides emissions from ships, thereby working to achieve the UN Sustainable Development Goals, especially 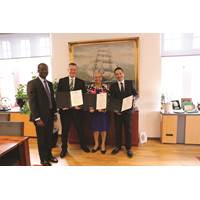 for the first global survey for the Maritime Training Insights Database (MarTID), giving the industry one last chance to take 20 minutes and become a part of this historic initiative. The partnership was started more than a year ago, a partnership solidified in the summer of 2017 in the office of Dr. Cleopatra Doumbia-Henry, President, World Maritime University, Malmö, Sweden, with the signing of an MoU with the World Maritime University, Marine Learning Systems and New Wave Media, publishers of Maritime Reporter & E‪ngineering News and MarineLink.com. Once the MarTID survey is closed, the informatio 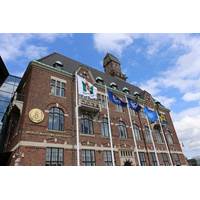 , 4.5 million Norwegian kronor for the support of student fellowships in both 2015 and in 2016; Dr. Ismail Abdel Ghaffar, President, Arab Academy for Science, Technology and Maritime Transport (AASTMT), who spoke on behalf of H.E. Hany Dahy, Minister of Transport, Egypt; and WMU President Designate Dr. Cleopatra Doumbia-Henry, who takes up her position in July 2015.   Sekimizu thanked all donors and supporters of the WMU, past and present, paying particular tribute to its founder, former IMO Secretary-General, Dr. CP Srivastava.    “This innovative and indeed unique academic institution