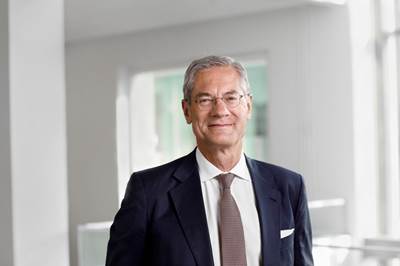 Swedish wind farm developer Vattenfall has said that its President and CEO Magnus Hall has decided to leave the company after nearly six years in the position.

Hall will leave Vattenfall at the latest on January 31, 2021, and Vattenfall's board of directors will now start the recruitment process to find a new President and CEO.

Lars G Nordström, Chairman of the Board of Directors: "Through his leadership and his commitment to Vattenfall’s customers and employees and to the energy transition, Magnus Hall has significantly contributed to Vattenfall’s improved position in the market. He leaves a financially stronger and more stable Vattenfall with a clearly defined target - to enable fossil free living within one generation. On behalf of the Board I would like to express our sincere gratitude to Magnus and thank him for his valuable contributions to Vattenfall."

Magnus Hall said: "After many exciting and inspiring years as CEO of Vattenfall I have decided to step down. It has been an incredibly inspiring journey together with engaged colleagues in the executive team and across the company who have all worked hard to take Vattenfall to its current position. Vattenfall is one of the drivers towards a fossil-free energy future and I will remain fully committed until my successor is in place."

"The Board will now start the recruitment process for a new President and CEO with the goal to make a smooth succession. Vattenfall’s existing strategy and financial targets remain unchanged," says Lars G Nordström.

Vattenfall last month received the green light for the construction of a giant 1,500 MW offshore wind farm in the Dutch North Sea.

Also worth noting, Hall stepping down means this is the second major executive change in the offshore wind space in a little over a month, after Orsted, the world's largest offshore wind developer in June said its Chief Executive Henrik Poulsen had resigned after eight years at the helm of the company.