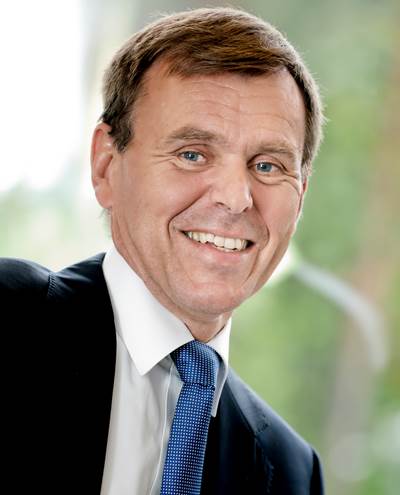 Tor E. Svensen, Group Executive Vice President at DNV GL, has decided to retire effective from August 1, 2016. Svensen is a ubiquitous figure in maritime circles, and he will continue to work in the maritime industry and will, amongst other things, take up a role as professor at the University of Strathclyde in Glasgow, focusing on education and research related to safety at sea. Svensen’s career at DNV GL spanned more than 20years and saw him lead the Maritime Business for more than a decade.
“Tor has made an outstanding contribution to the company over these past 23 years, through a transformative period for both our industry and DNV GL,” said Remi Eriksen, Group President and CEO of the DNV GL Group. “His leadership has had a significant impact in keeping a strong focus on safety and the importance of the independent role of classification societies in the maritime industry. His insight, drive and engagement have made a lasting impact.”
"DNV GL has given me many opportunities to take on varied challenges in different locations around the globe. I am thankful for having been able to work every day with so many good colleagues and customers in so many different fields,” Svensen says. With the completion of the merger and integration between DNV and GL, the successful launch of a new rule set, and a new DNV GL Group and Maritime management team in place, Svensen said he decided it is now the right time to step down.
“Although having turned 60 last year, I feel too young to really retire and wanted to do something else while I still can,” Svensen said. “Safety at sea remains one of my main interests, and at Strathclyde I will lead research on the interface between politics and regulations and how that impacts safety. I will also be working on supporting the new Safety Research Centre DNV GL is establishing at Strathclyde jointly with RCCL and the University and there will surely be other engagements in the maritime industry as well,” he says. “I will remain in the maritime industry and will engage in activities that interest me and where I feel I can contribute with my experience.”
Svensen joined Det Norske Veritas (DNV) in 1993 and held various management positions, including Regional Manager in Singapore, Technical Director for the Global Maritime Business and Global Head for the Maritime Business with responsibility for Classification and all other DNV maritime activities worldwide.
From 2006 to 2012 he was President and Deputy CEO for the DNV Group. He has also been extensively involved in the work of the International Association of Classification Societies (IACS), being Chairman of IACS in the period 2007–2008.
Prior to coming to DNV, Svensen worked for several years with research and engineering consulting in the UK. He also spent four years at The Norwegian Maritime Research Institute (MARINTEK) as Head of the Ship Division with responsibility for the ship model testing and design development work.
Svensen graduated from the University of Newcastle upon Tyne in 1978 with a degree in Naval Architecture and Shipbuilding, subsequently receiving a Ph.D. from the same university in 1983.
DNV GL • DNV GL Group • DNV Group
Email