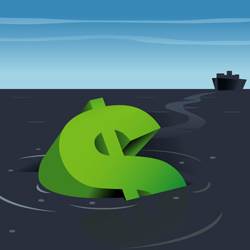 World shares dipped from a record high and the dollar and U.S. bond yields climbed on Thursday as strong jobs data added to bets that U.S. interest rates could rise within the next six months.

U.S. employment growth jumped in June and the unemployment rate declined to near a six-year low of 6.1 percent, effectively dispelling fears about the economy's health and underscoring its momentum heading into the second half of 2014.

"It's an extremely bullish report. Not only did you have a gangbusters headline and private read but you had a diffusion index that was 64.8, which shows significantly healthy breadth," said Mohamed El-Erian, chief economic adviser at Allianz SE.

"It's a report that really checks off all the positive boxes, I don't think you could have asked for a stronger read."

The prospect of a relatively near-term rise in U.S. rates that would finally end the era of near-zero borrowing costs saw U.S. stock futures pare gains ahead of the start of U.S. trading and trigger a small dip in MSCI's record-high All World index .

The dollar also rose in the currency market, hitting a session high against the yen and the euro as markets also tuned in for the monthly European Central Bank news conference as it fleshed out last month's easing measures.

ECB President Mario Draghi said the risks facing the euro zone economy meant interest rates will stay low for an extended period and detailed plans for a new, conditional tranche of ultra-cheap loans to banks that it hopes will lift the economy.

U.S. government bond yields - which move inversely to prices - also rose, climbing to 2.68 percent for the first time in two weeks as the prospect of rising U.S. interest rates dampened their appeal.

The contrast with the dovish ECB took the premium of 10-year treasuries over their German equivalent, the Bund, to its highest since 1999.

Oil, Gold Slip
In commodities, crude oil extended losses after falling the previous day on signs of more supply from Libya and Iraq.

Libya's acting prime minister Abdullah al-Thinni said the government had reached a deal with a rebel leader controlling oil ports to hand over a final two terminals that should end a blockade.

Iraqi Prime Minister Nuri al-Maliki also boosted supply hopes as he said parliament could form a new government in its next session after the first collapsed in discord.

Brent crude was back below $110.50 for the first time in over two weeks while safe-haven gold fell 1 percent to $1,313.55 an ounce as its biggest fall in over a month pulled it back from a 3-month high.