Sierra Named CEO of SENER US 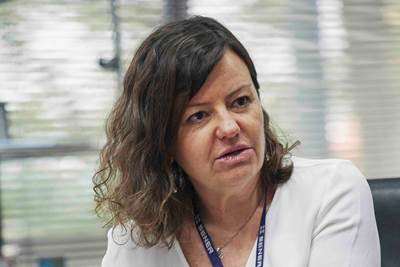 Engineering and technology group SENER has named Mercedes Sierra CEO of SENER in the United States.

Sierra joined SENER in 1985, growing within the organization and functioning in many management roles. This experience includes leading many of the international and multidisciplinary contracts for SENER in the aerospace field. In 2005 Spain’s Ministry of Economy appointed Sierra the Director of Aeronautics and Space of the Agency for Technology & Innovation where she served on a number of international oversight organizations and committees. Finishing her duties in July 2009, she rejoined SENER in the San Francisco offices, where she led the introduction of SENER’s Concentrated Solar Power Business in the U.S. In 2012, she was appointed Head of Innovation at SENER, a position she now leaves to assume the new position as SENER CEO in the U.S., headquartered in Los Angeles.
Sierra received her Master of Science in Structural Engineering from the University of Cantabria (Spain) nominated Distinguished Alumni-. Mercedes also holds a Master's degree from the IESE Business School.
The former CEO, Angel Ares, has been appointed to take the leadership in the development of SENER’s infrastructure Design & Build Business in systems in the Rail and Transit Sector.
technology • United States
Email