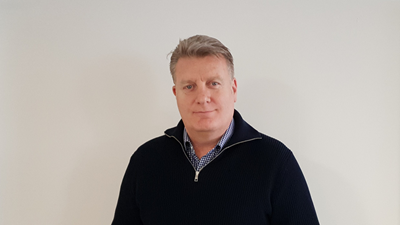 Roxtec UK has moved to increase its presence in Britain’s maritime sector with the appointment of a new marine and offshore manager.

Mark Whelan has joined the Swedish-owned company having spent 10 years at another international manufacturer, most recently as a project manager for naval and commercial shipbuilding sector contracts. At Roxtec, Whelan will have responsibility for business development in the south of England.

Roxtec’s transits are used to seal cables and pipes aboard a wide variety of ships including naval vessels, cruise liners and ferries, superyachts, offshore support vessels, carriers and cargo ships. They are designed to protect people and assets from multiple hazards including fire, flooding, the risk of explosion and electromagnetic disturbances.

Roxtec’s seals are also an industry standard in the offshore sector, used in a broad range of oil and gas infrastructure, in some of the biggest projects in the world, including on drill ships, FPSOs, jack-up rigs, offshore support vessels and semi-submersible rigs.