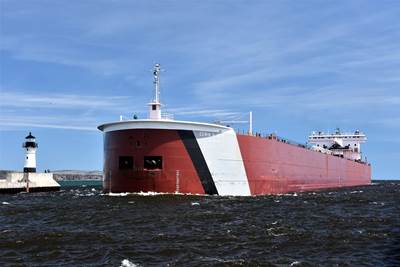 The Port of Duluth-Superior generated $1.4 billion in economic activity and supported 7,881 jobs last year. Handling 35 million short tons of cargo generated over $504 million in total wages, salaries and purchases of goods and services in the regional economy. Cargo movement and vessel activity at the port also generated a total of nearly $240 million in federal/state tax revenues.

The full report for the Port of Duluth-Superior, released by the Duluth Seaway Port Authority, spotlights local port activity gleaned from a much broader study released last month about the economic impacts of the entire Great Lakes St. Lawrence Seaway (GLSLS) system conducted by Martin Associates.

The nearly 20 privately owned bulk cargo docks in the Port of Duluth-Superior, plus one general cargo terminal operated by Duluth Cargo Connect, altogether account for the 35 million short tons of cargo moved during the 2017 navigation season.