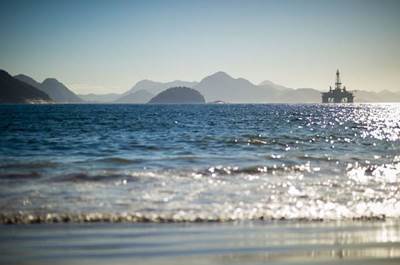 A semi-submersible drilling rig in Brazil - Image by lazyllama/AdobeStock

Some 10,000 employees of Brazil's Petrobras, or 22% of its workforce, have accepted voluntary buyouts, Chief Executive Roberto Castello Branco said on Wednesday, as the state-run oil company intensifies its quest to slim down and refocus on core businesses.

In a webinar hosted by Brazilian newspaper Valor Economico, Castello Branco said the deadline for employees to sign up for the program was Tuesday. Some have already left, while most will leave the company later this year or in 2021.

"We have approximately 10,000 people signed up, which means 22% of Petrobras' employees are going to leave the company," he said. "Two thousand left over the course of the year. The rest will leave by December, and a smaller part will leave in 2021."

Aided by a massive divestment program which will see employees in many units working for new owners, Petroleo Brasileiro SA, as the company is formally known, should have about 30,000 employees long-term, versus over 45,000 today, he said.

On a separate webinar, Chief Financial Officer Andrea Almeida said Petrobras plans to give more time for potential investors to make offers for the company's assets, including for its refineries and stakes at its petrochemical and fuel distribution affiliates.

The divestment of Petrobras' stake in petrochemical company Braskem SA in 2020 would be desirable but "might not be possible" as the new coronavirus has changed market conditions, she said. The same applies to its stake in fuel distribution firm Petrobras Distribuidora SA, Almeida said, adding that the company plans to have closed part of its refinery sales in 2021.

Petrobras received last week binding offers for its Bahia refinery, the first refining unit the state-controlled producer plans to sell. REPAR in southern Parana state will be the next to go to the market in the coming weeks, Castello Branco said.

The fuel market is expected to improve in the second half of the year and demand may eventually recover to pre-pandemic levels, but prices are expected to remain lower, Almeida said, adding that Petrobras hit records for crude and fuel exports in May.

While demand for gasoline has recovered in past weeks and other fuels are expected to do the same, that does not apply to aviation fuel.

"Aviation kerosene hasn't recovered. That's a doubt we have, if it will recover like before."