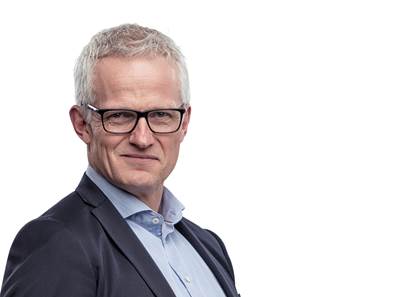 Ørsted, one of the world's largest offshore wind developers, has elected Mads Nipper as its new CEO. He will take over from Henrik Poulsen who recently announced the decision to step down.

Nipper, currently CEO and President of Grundfos, one of the largest pump manufacturers in the world, will take over as Ørsted CEO on January 1, 2020. Both companies are based in Denmark.

Commenting on the election of the new CEO, Thomas Thune Andersen, Chairman of the Board of Directors at Ørsted, said: “On behalf of the Board, I’m very pleased to announce Mads Nipper as Ørsted’s next CEO. Anchored in a clear sustainability vision, Mads has led a highly successful transformation of Grundfos over the past six years that has reinforced the company’s position in an increasingly competitive market, while also strengthening financial performance.

"With his deep commitment to sustainability and the green agenda, his strong personal leadership, extensive CEO experience, and his distinguished track record in leading global companies, the Board is confident that Mads Nipper is the right person to lead Ørsted in the next phase of our exciting journey," Andersen said.

Mads Nipper, Ørsted’s next CEO and Group President said: "The challenge we face in transforming the world’s energy systems from fossil fuels to renewable energy to avoid the catastrophic consequences of climate change is more pressing than ever and requires action in all parts of society. As one of the five largest renewable energy companies in the world and with a clear ambition to be a leader in the global energy transformation, Ørsted is in a unique position to make a difference in the fight against climate change. I’m very excited to join the Ørsted team and to continue Ørsted’s successful journey to become one of the future global leaders in renewable energy.”

Nipper was appointed CEO of Grundfos in 2014. Prior to that, he worked for LEGO Company for more than two decades, latest as a member of the Management Board as Chief Marketing Officer.

As for Ørsted's current CEO, Henrik Poulsen, he will remain in office until  December 31, 2020. To support a smooth transition, Henrik Poulsen will serve as a special advisor to Mads Nipper until January 31, 2021.

To participate in the long-term share-based remuneration program, the CEO is required to own shares in Ørsted. In 2021, the total target remuneration will be approx. DKK 20 million (USD 3,17 million)