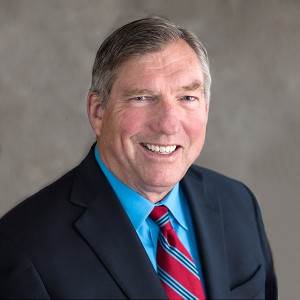 Port of Oakland Commissioners have awarded Executive Director Chris Lytle a new three-year contract. The agreement means the longtime industry veteran will remain at the helm in Oakland through July 2019. Commissioners unanimously approved the new deal at a meeting last week.
“Chris Lytle has transformed the Port of Oakland and raised its visibility as a center for trade, transportation and economic vitality,” said Earl Hamlin, President of the Board of Port Commissioners. “Chris and his staff have the full support of the Board and we look forward to three more years of progress together.”
Lytle will continue to manage three primary businesses: a seaport, Oakland International airport and a commercial real estate portfolio. According to the port, all three have achieved milestones under his direction in 2016 including 30 consecutive months of growing passenger traffic at the airport along with Oakland’s first nonstop service to London; an export rebound at the Port of Oakland along with the first three visits of the 1,300-foot-long Benjamin Franklin, the largest cargo ship to ever visit the U.S.; and a new master lease at tourist-favorite Jack London Square with CIM Group.
Lytle joined the port in 2013 after serving as Executive Director at the Port of Long Beach. Before that, he worked as a shipping industry executive with CMA CGM, P&O Ports, APM Terminals and Sea-Land Service.
Chris Lytle • CMA CGM • Franklin
Email

Do any of your e-learning modules force learners to spend a certain amount of time on a page before advancing to the next one?