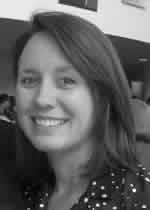 Megan joined the NOIA staff in May 2013 as Senior Director, Government & Political Affairs. Before joining NOIA, she was Legislative Director and top policy aide to Congressman Steve Scalise (R-La.) from 2008 to 2013, and also served as Deputy Director of the Republican Study Committee during Scalise's Chairmanship of the RSC. She began her work on Capitol Hill in 2006 with then Rep. Richard Baker (R-La.).