US: $4B in Loan Aid for Renewable Energy 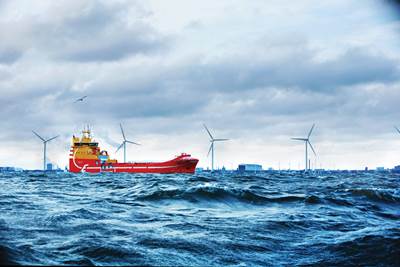 Are increased use of offshore wind farms in the future for the U.S.?

The U.S. Energy Department on Wednesday unveiled a plan for up to $4 billion in loan aid for renewable energy companies to help rejuvenate a program that faced harsh political attacks over past failures of federally subsidized projects.

It will specifically focus on advanced electric grid technology and storage, biofuels for conventional vehicles, energy from waste products and energy efficiency.

"We're back in business," Peter Davidson, executive director of the department's loan programs office, told Reuters. "We really want to go back to ... doing very valuable work for our economy going forward."

Davidson said he hoped to have the loan offering finalized by June, with financing awarded possibly by the end of the year or early 2015.

Although the program was never officially closed, Davidson said it entered a "quiet period" after the expiration of funding from the 2009 economic stimulus that backed solar, wind and geothermal projects, including now-bankrupt solar panel manufacturer Solyndra.

But with billions of dollars in loan authority still available, the agency has resumed its push to support innovative technology.

Earlier this month, the DOE announced it had revamped the review process for its automotive loan program in hopes of attracting new applicants.

The move followed an offering last year of up to $8 billion in loan assistance for fossil fuel projects that reduce greenhouse gas emissions.

MOVED UP: Opponents have argued the federal government should not be investing in private companies.

Following the high profile collapse of Solyndra, which was awarded a $535 million loan guarantee, the program faced criticism from Republicans that it had favored political allies of Obama, and backed bad bets.

The Obama administration denied these accusations, saying it awarded loans based on the merits of the projects.

Davidson said that only about 3 percent of the department's loan portfolio had suffered losses, far below the amount that Congress budgeted for when it created the program.

The department credits the program with helping to jumpstart private investment in industrial scale U.S. solar power plants and hopes to replicate that success with new renewable energy technologies that are on the cusp of financial viability.

With a larger, more experienced staff, as well as a more automated application system and more streamlined screening process, Davidson said he believes the reviews will go more smoothly than before, when they were criticized for being inefficient. CUT A GRAPH AND COMBINED

And in the wake of the Solyndra scandal, the department also made changes to its due diligence practices and loan oversight.