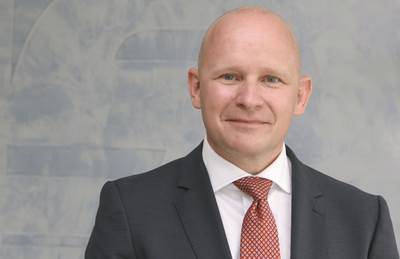 As of September 2016, Hans Laheij will take over as Vice President Sales & Marketing at SCHOTTEL GmbH, assuming the responsibilities of Dr. Jens-Erk Bartels, who is retiring. Hans Laheij has extensive experience and expertise in the area of ship propulsion. After earning a degree in Business Administration in the Netherlands, he began his career with Lips BV in the Asia/Pacific region. Upon his return to the Netherlands and following the takeover by Finnish competitor Wärtsilä, he steadily took on greater responsibilities: assuming a management position in Singapore in 2005 and, as of 2011, serving in Shanghai as Area Sales Director for the Middle East & Asia region. “Hans Laheij has distinguished himself through a high level of expertise, extensive knowledge of one of our most important target markets and his intercultural background. We are pleased to have recruited him as Vice President of Sales & Marketing in order to continue expanding global sales”, says CEO  Dr. Christian Strahberger. Hans Laheij, a Dutchman, will perform his duties at SCHOTTEL headquarters in Spray / Rhein.

Dr. Jens-Erk Bartels is Retiring
He will be succeeding Dr. Jens-Erk Bartels, who has deftly managed Sales & Marketing since April 2009. Thanks to his impressive market knowledge and propulsion expertise, Dr. Bartels significantly shaped the success of SCHOTTEL. His leadership led to a considerable increase in the business for new units, an overall restructuring of sales for a stronger customer orientation as well as the introduction of a communicative and uniform public image. Prof. Dr.-Ing. Gerhard Jensen, Managing Director of SCHOTTEL Industries holding company, and Dr. Strahberger appreciate Dr. Bartels’ outstanding service and wish him all the best for his retirement beginning in October.
Middle East • Netherlands • Schottel GmbH
Email