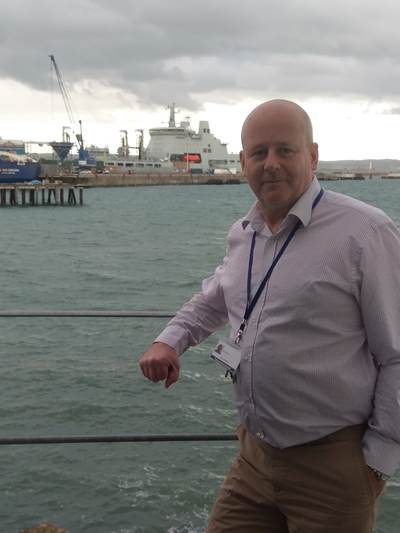 Bowden will be in charge of day-to-day operations at the company’s newly opened 2,400sqm fabrication and welding facility at Portland Port in Dorset.

Intermarine UK, part of Polish-owned Inter Marine Group, signed a 20-year lease on the site at the start of this year and has since invested $832,900 in new machinery. The move has enabled the business to evolve from a labor-only operation to one that can offer an extensive range of engineering and fabrication services.

Bowden’s career within the maritime sector includes more than 27 years at ship repair and conversion company A&P Falmouth, nine of those as procurement manager negotiating long-term supplier agreements. Most recently he oversaw the opening of India’s Lavgan shipyard in the state of Maharashtra, before moving to Rosyth in Scotland to assist with the construction of the second Royal Navy aircraft carrier, HMS Prince of Wales.

Bowden said his primary focus is on building Intermarine UK’s reputation as a provider of engineering services to the UK’s ship repair, refit, conversion and shipbuilding markets.