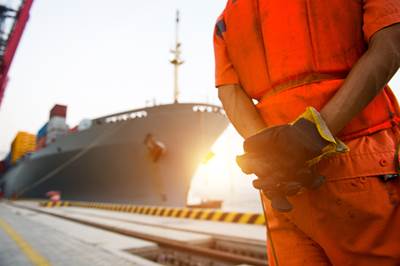 Gender equality has made enormous strides over the past century. In Canada today, women participate in the labour market at much higher rates than they used to — there are almost 3.5 times more women working now than there were in the 1950s.

The proportion of women in traditionally male-dominated fields has also grown significantly. The number of female medical residents taking on orthopedic surgery residencies, for example, increased by 111% from 2006 to 2016. In addition, women’s representation in STEM fields has increased over the past several decades.

Despite this progress in certain male-dominated fields, other professions still remain difficult for women to break into. The fact that many of the jobs in these fields are dirty, dangerous and physically difficult is frequently used to justify women’s lack of access, and women’s workforce participation often remains concentrated in less physically tasking jobs.

But what about professions that have become cleaner and less physically taxing over the years? While you might expect these jobs to be more open to women, such as was the case with police work in the UK, our upcoming study in Research in the Sociology of Organizations proves this isn’t the case.

The longshore profession
For our study, we looked at the longshore profession (people who manage the transfer of shipped goods at docks) in France over seven decades. What we found was surprising: As jobs became cleaner, safer, and less physically arduous, fewer women were seen on the docks.

In fact, there are fewer women working on the French harbours today than there were 70 years ago: As our interviewees note, there are exactly none. Longshore workers in France are not alone — only 5% of longshore workers in British Columbia are women and women constitute soley 1.2% of the entire global seafarer workforce.

To understand why, we must go back 50 years. In France, before 1968, women were accepted into the longshore profession but were relegated to performing “women’s work,” like sowing and repairing sacks that held transported goods or cleaning warehouses.

In contrast, men transferred heavy cargo, which was considered a higher prestige job since it involved direct contact with goods and boats. Lower-status tasks were given to women who remained inside the warehouse with little direct contact with shipped goods. A clear division of labour was implemented, resulting in lower salaries for women.

Justifying discrimination
Longshoremen tended to view women either as too delicate and fragile to work on the docks, or as too distracting to labour alongside men. They justified their exclusion of women based on classic gender essentialist arguments: Women were not as strong as men and would be put off by the gruelling nature of working in the ship holds.

Cargo containers were introduced onto French harbours starting in 1970 and the work that the women used to do disappeared as most goods became transported and stored in containers.

Due to this increasing mechanization, less physical labour was required and less dirt and danger were involved in longshore work. However, mechanization also reduced the total number of longshore positions. At the same time, the workers’ union became stronger, meaning salaries rose and longshore jobs became increasingly attractive and scarce.

In response, men decided to support those who most closely resembled members of their existing group by recruiting their sons and male family members. By only hiring men, longshore workers kept women out of the profession, even though the work became less physically taxing over time.

Gender inequality persists
How did these men justify their exclusion of women? We found that longshoremen used three tactics. First, men claimed that their jobs were more stressful than before and that although physical strength was no longer a barrier, another type of strength — psychological strength — was necessary.

Second, the stereotype of women being distracting was used to suggest that the presence of women on the docks would disturb men’s ability to stand strong and united in the face of employers wanting to cut salaries and jobs.

Third, although there was now less physical labour involved in their jobs, men decided that each longshore worker needed to be able to perform all tasks, physical and non-physical. This meant that men could, once again, excuse their discrimination by claiming women wouldn’t be able to perform the few strenuous physical tasks that remained.

Hope on the horizon
The longshore profession is not entirely unique in its exclusion of women: For example, as of 2018, only three women work on nuclear submarines in France. In the U.S., as of 2020, less than 8% of truck drivers were women.

The longshore profession is, according to our knowledge, the only profession in France that still has no women in it. However, we did see hope in the attitudes of younger longshoremen we interviewed — some of whom were strongly in support of the arrival of women, though even they noted “it might take one generation of longshoremen or two.”

Gender discrimination has existed since the beginning of the labour markets and continues to be prominent in many countries and professions across the globe. Our study suggests that, although justifications for discrimination may easily evolve, getting discrimination to budge is arduous work indeed.

The authors
Meena Andiappan, Assistant Professor of Management and Organizations, University of Toronto