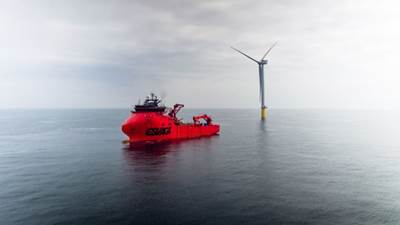 At these difficult times when companies involved in the offshore industry are cutting jobs across the board as one of the ways to preserve cash, there's one offshore vessel operator that, while indeed cutting salaries, is keeping the jobs in place.

Esvagt, the Danish provider of emergency response and rescue vessels (ERRV) and service operation vessels (SOV) to the offshore energy industry, mostly in the North Sea, earlier this month said it would cut executive and staff pay, and delay investments.

The pay cuts and investment delays are a response to the low oil prices and the COVID-19 pandemic, which have impacted, per ESVAGT, the ERRV spot market, a large part of the company's business.

Esvagt, which owns a fleet of more than 40 offshore vessels, said on May 12 that the Board of Directors and upper management had agreed to a 15 percent pay reduction, and management 10 percent.

It also said that its onshore employees have been offered a volunteer arrangement consisting of a 5 percent pay reduction, "and there is a genuine understanding from the shipping company’s over 1,000 offshore employees that in times like these, large pay adjustments aren’t expected."

While Esvagt's announcement might have led one to conclude that the company was not going down the job cuts path, Offshore Engineer did not want to speculate and wanted to know for sure.

We reached out to Esvagt, asking specifically if there were any layoffs and/or furloughs planned.

Here is what Esvagt's CEO Peter Lytzen told us: "The Covid-19 pandemic is new territory for all of us, also Esvagt. It is very much a case of adjusting the course as we sail."

"Laying off or furloughing our crew and staff does not sit well with our responsibility to our employees and customers. Further, we believe the cost from laying off people for a later recruitment and training of new people cannot be justified."

However, Lytzen said, we have to act responsibly to our owners and the future of the company as well.

He said: "Along with postponement of investments and vessel decommissions, the collective pay reduction will contribute to Esvagt’s responsibilities by ensuring the necessary liquidity to remain agile in the market. We believe, the combined actions will enable us to avoid layoffs and furloughs."