Eley to Take over as Polarcus CEO 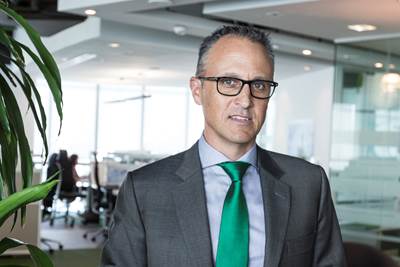 Eley has been promoted to the CEO role from his current position as chief operating officer, succeeding Starr effective immediately.
Starr will continue to work with the executive management team and Polarcus' Board of Directors for a transition period during the second quarter of 2017.
For the near term, Polarcus will eliminate the COO position “to better align with current market conditions,” the company said.
Eley has over 18 years of experience in the seismic industry in various senior management roles and has been Polarcus' COO since May 2013. He worked with Schlumberger for 10 years supporting marine seismic operations in Europe, Africa and the Americas. Prior to joining Polarcus in 2009, Eley worked for a global strategy consultancy firm across the energy, transport and natural resources sectors. Eley has a Bachelor of Science and Bachelor of Engineering from Monash University in Australia. In 2006, he completed his MBA at Erasmus University in Holland.
Schlumberger • Africa • Americas
Email

Drilling and engineering company KCA Deutag has named Ole Maier its new President of Offshore Business Unit.Maier, who has…