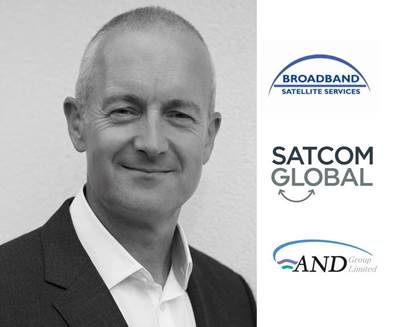 Butler brings with him senior level insight and operational experience in the Mobile Satellite Services (MSS) market, following a successful career spanning over 20 years in world class technology based companies.

This new appointment will bring extensive market knowledge and expertise to the Senior Management team at BSS, said the company, which also recently welcomed Matt Widdall from investment firm BGF to the board as Non-Executive Director.

As President and Chief Operating Officer of Inmarsat from 2000 – 2009, Butler led the satellite network operator as they launched the I4 satellite constellation, introduced a portfolio of broadband services, underwent a leveraged buyout in 2003 as well as a successful IPO on the LSE in 2005, and then subsequently entered the FTSE 100 in 2008. During Michael’s tenure at Inmarsat the organisation enjoyed double digit growth, and he now holds Non-Executive Directorships at variety of key players in the MSS market including Thuraya, Addvalue and GeoReach Global.

As part of a wider growth strategy, the past year has seen the Satcom Global brand expand into the Russian satellite communications market, and increase their market penetration across Australia with the launch of an additional sales office in Perth.

BSS was formed in 2012 following the management buyout of AND Group, led by CEO Ian Robinson and CFO Financial Director Bob Howes, and the subsequent acquisition of the Satcom Group, one of the world’s largest mobile satellite communications providers. Employing more than 200 people globally, the Group is headquartered in Newcastle, with offices in Singapore, Bangkok, Tokyo, Phoenix, Brisbane, Perth, Athens and Moscow.

US-based Crowley Maritime Corp. announced on Wednesday that it has realigned its marine services organization and introduced…

Training Tips for Ships: Taking the Stress out of Tests

We must assess our trainees. Yet we have all heard the complaints they raise about assessments: “I am a bad test-writer”…