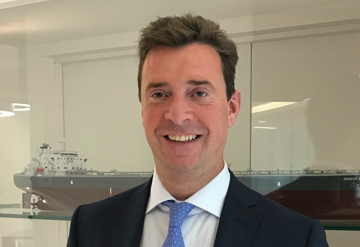 Gundy has been the CEO of Braemar’s Shipbroking Division, the group’s largest operation, since joining the company in 2014 following the merger with ACM Shipping Group. He has been a shipbroker for 35 years specializing in tankers and sale and purchase projects. He was the CEO of ACM before the merger with Braemar.

Gundy will continue to lead the shipbroking division and remain fully operational in that role, in addition to his new role as group chief executive.

Nicholas Georgiou has been promoted to Chief Executive Officer of ship owning and management business Lomar, its parent company…