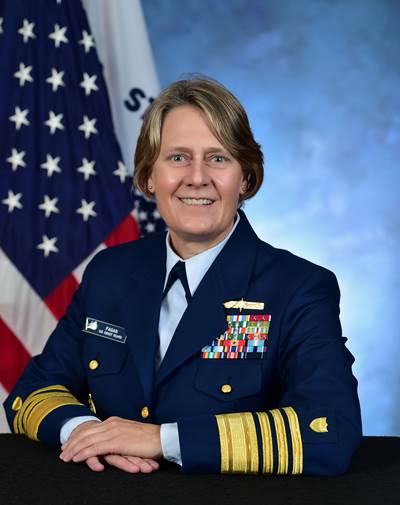 Adm. Fagan currently serves as the 32nd Vice Commandant, having assumed the duties on June 18, 2021. The Vice Commandant is the Vice Service Chief and Chief Operating Officer, responsible for executing the Commandant’s Strategic Intent, managing internal organizational governance, and serving as the Component Acquisition Executive.

Pending confirmation, Adm. Fagan is expected to relieve the current Commandant of the Coast Guard, Adm. Karl L. Schultz, during a change of command ceremony planned for June 1, 2022 in Washington, D.C. Adm. Schultz will retire following the change of command this summer.

“Admiral Fagan is an exceptional senior Coast Guard officer and nominee, possessing the keen intellect, the depth of operational experience, and the well-honed leadership and managerial acumen to serve with distinction as our Service’s 27th Commandant,” said Adm. Schultz.

Pending confirmation, Vice Adm. Poulin is expected to relieve Adm. Fagan as Vice Commandant of the Coast Guard during a change of watch ceremony planned for May 24, 2022 in Washington, D.C.