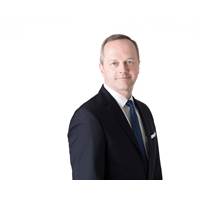 Stolt-Nielsen Limited announced Jens F. Grüner-Hegge has been appointed as its new Chief Financial Officer, effective from April 2, 2018.   Grüner-Hegge, who has served as Vice President, Corporate Finance since 2007, succeeds longtime CFO Jan Chr. Engelhardtsen, who will retire from his executive role and has been appointed to fill a vacancy on the company’s board of directors.   With the addition of Engelhardtsen as a director, the SNL Board now has seven members, four of which are independent.   Earlier in his 25-year career at Stolt-Nielsen, Grüner-Hegge

Obituary: Christer Olsson, Stolt-Nielsen Chairman of the Board

The Board of Directors of Stolt-Nielsen Limited announced the passing of Christer Olsson, Chairman of the Board.  He was 70.  Mr. Olsson had served as a Director of the Company since 1993, and as Chairman of the Board since December 15, 2009, when he succeeded Jacob Stolt-Nielsen, the company's founder.  The Board of Directors will elect a new chairman at the Company's Annual General Meeting in April 2016. "For more than two decades, Christer provided constructive guidance and thoughtful insights to Board discussions, helping the Company to capitalize on opportunities as well as

Stolt-Nielsen Board Elects a New Director

The Board of Directors of Stolt-Nielsen Limited has announced the election of a new director, Rolf Habben Jansen, Chief Executive Officer of Hapag-Lloyd AG.    The Board of Directors of SNL received approval at the Company's Annual General Meeting in April of 2015 to fill two vacancies.  With the addition of Habben Jansen as a director, the SNL Board now has six members, four of which are independent.   Habben Jansen has served as Chief Executive Officer of Hapag-Lloyd AG, one of the world's largest container shipping companies, since July 2014, after having been appointed a