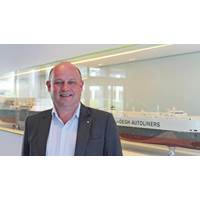 Andreas Enger will replace Thor Jørgen Guttormsen as CEO of Höegh Autoliners effective September 8, 2020.Enger has served as an advisor to Höegh Autoliners for more than a year and became CFO in September 2019.Prior to joining Höegh Autoliners, he was a partner at Deloitte, leading its Nordic strategy practice. Earlier in his career Enger was a partner at McKinsey & Co and subsequently held senior executive positions at Norske Skog, PGS and Peterson Packaging. He holds a MSc in Engineering Cybernetics from NTNU in Norway, and an MBA from INSEAD in France.  Following the