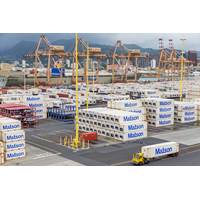 the efficient, orchestrated management of operational assets across the enterprise as we continue to grow.Dreyfus joined Matson in in 1993 as General Manager, Sales – U.S. Mainland and later served in management and executive roles leading area sales and operations in Matson's California and Hawaii locations, including serving as president of Matson Logistics Solutions. Dreyfus holds a Bachelor of Science degree in Business and Economics from the University of San Francisco and is a graduate of the UCLA Executive Program. Having served on the boards of numerous industry associations throughout 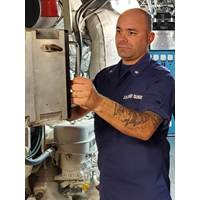 I wanted, so I was cool with it.”After about a year in Long Island, the opportunity arose to go to ‘A-school’ and become a machinery technician. “I wanted to learn about the engineering side of things,” said Harnay.When he completed school, there was an opportunity to go to Hawaii. His duty station is part of the Naval Support Division (NSD) which is part of sector engineering in Honolulu. Harnay and the rest of the NSD provide engineering and maintenance support to all three FRC's homeported in Honolulu.Petty Officer 3rd Class Morgan Harnay has gone from being a deck 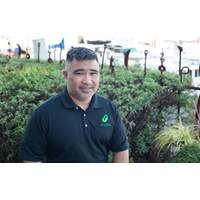 ;After 26 years of service, the absence of military customs and courtesies, actually wearing different clothing each work day, and watching national disasters and maritime operations on television and knowing I wouldn’t be a part of them anymore have been sobering.”   Nakama was born in Hawaii, growing up on the island of Maui as the son of a taro farmer who worked for the Aloha Poi Factory. His stepfather served in the Coast Guard, moving the family to North Carolina when Nakama was 10, and then back to Hawaii during his high school years.   “I grew up around many Coast Guardsmen 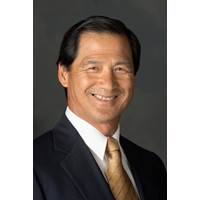 Hong to Take up New Role at Saltchuk

Young Brothers, Ltd president Glenn Hong will retire at the end of the year to undertake a new leadership role with parent company Saltchuk, focusing on Hawaii business initiatives effective January 1, 2018.   Hong began at Young Brothers in 1991 as vice president of finance and government affairs, coming from Hawaiian Electric Industries. In 1992, he assumed the presidency and immediately set to work to infuse the organization with a customer-driven mindset.   Hong joined the Saltchuk organization in 1999, when the company acquired Young Brothers and Hawaiian Tug & Barge from 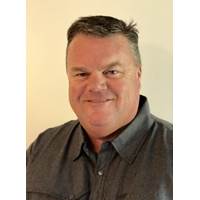 of marine electronics and parent company to the Lowrance, Simrad and B&G brands, has appointed Scott Nagel as its new territory sales manager for the southwest U.S.   Based in Mission Viejo, Calif., Nagel’s territory will cover California, Arizona, Nevada, Utah, Colorado, New Mexico and Hawaii.   Nagel has been in the industry for many years working as an independent sales representative for leading brands like Daiwa, Rapala, Flambeau, Penn, Beretta and Sig Sauer. Nagel got his start in the industry while attending San Diego State University and working as a deck hand on the San 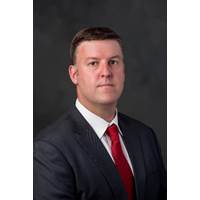 and Services Development based in Aalesund, Norway, and Chief of Staff to the President of Rolls-Royce Land & Sea in London, UK. Roberts began his career in the U.S. Navy as a qualified Deck and Engineering Officer onboard the U.S.S Honolulu, a fast attack submarine based out of Pearl Harbor, Hawaii.   “The existing sales team at Foss is very professional,” Roberts said. “We won't be changing the core of what we do, but we might change how we look for business and where we look. The marketplace continues to change, and wherever there is change, there is opportunity.”

U.S. Navy ships and craft, U.S. Coast Guard vessels of all sizes, as well as vessels for other U.S. government agencies. The Council represents 41 companies that own and operate over 120 shipyards, with facilities on all three U.S. coasts, the Great Lakes, the inland waterways system, Alaska and Hawaii. Austal is currently under contract with the U.S. Navy to build 12 Expeditionary Fast Transport vessels under a $1.9 billion contract and 11 Independence-variant Littoral Combat Ships which are part of a contract worth over $3.5 billion 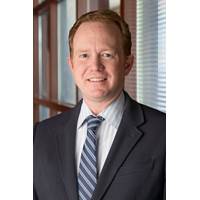 Parrott Takes over as CEO of Foss Maritime

2016 he assumed the role of President from retiring President and CEO Paul Stevens.   Parrott completed a "listening tour" in early 2016, which included visiting Foss employees at work throughout the company. He visited with mariners on workboats in the Gulf of Alaska, California, Hawaii and Washington and craftspeople building and repairing ships at Foss' Seattle and Rainier, Oregon shipyards. Parrot begins the year with a focus on enhancing communication and efficiency within the 127-year-old company. “John's contributions at TOTE Maritime and his 28 years of experience 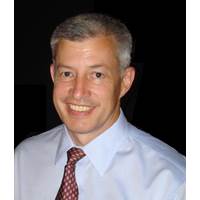 who also served on three U.S. navy warships. He has two decades’ experience in the analysis and design of large subsea pipelines, ocean energy systems, and the conduct of bathymetric and geophysical surveys.  He received a Master’s Degree in Ocean Engineering from the University of Hawaii, and his Bachelor of Science in Ocean Engineering from the U.S. Naval Academy. He is a U.S. member of the International Electro-technical Commission’s TC114 marine energy committee 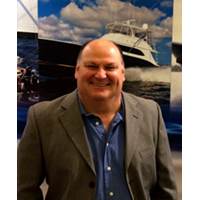 Carl Stone has joined the Awlgrip and Interlux Yacht Coatings Team as Southern Regional Sales Manager. The southern region includes the U.S. southern states, Hawaii, Latin America, Mexico and the Caribbean. An engineering graduate of Old Dominion University with an MBA from Webster University, Carl is a retired Navy Commander with over 30 years of service. He held managerial sales positions with Fortune 500 companies prior to joining the AkzoNobel team. As a surface warfare officer, Carl spent many years at sea and understands the marine community and shares the passion we all have for this 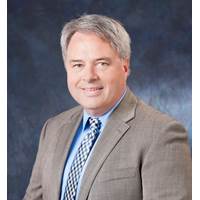 .C., with his wife and daughter and earned a bachelor’s degree in mass media management from Marietta College in Ohio.   Terre Robert Haff is the newest regional sales manager for the southwest. Haff will assist in dealer sales support for Southern California, Southern Nevada, New Mexico and Hawaii. Prior to joining UCA, Haff worked more than 18 years in the material handling industry, including as a territory manager at Johnson Lift Hyster. Haff lives in Camarillo, Calif., with his wife and two children and is a veteran of the United States Army.   As a regional sales manager for the 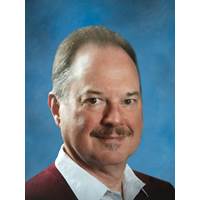 ; Elwood Ide has joined Viega LLC as the company’s newest technical manager for shipbuilding and offshore for the West Coast.   In this position, Ide will provide analysis, forecasts and guidance for developing the marine and offshore business in the California, Oregon, Washington, Alaska, Hawaii and British Columbia region. He will also introduce and train engineers and craftsmen to use and install new solutions that meet rigorous marine and offshore challenges.   Ide has more than 40 years of piping design engineering experience for the commercial, industrial, military and marine 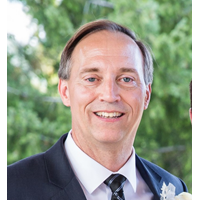 Marine Services (HMS) has expanded its management team, naming Don Martin as Vice President and General Counsel and Steve Carlson as Vice President of Engineering, the company announced today.   Prior to joining Harley Marine, Martin was the Vice President and General Counsel for Delta Western and Hawaii Petroleum where he oversaw all aspects of safety, risk management and regulatory compliance for the fuel distribution companies. Prior to Delta Western, Martin served as the Director of U.S. Flag Shipping for ConocoPhillips and held previous positions with Crowley Maritime Corporation, Exxon Shipping 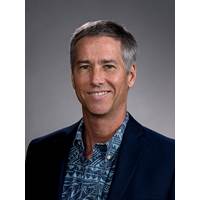 will report to Matt Cox, president and chief executive officer, and is based at Matson's corporate office in Oakland, Calif.   Wagner most recently served as public information officer and spokesman for Oakland International Airport. Prior to that, he served as vice president of public affairs at Hawaiian Airlines, based in Honolulu. During his more than 20 years at Hawaiian, he led internal and external communications during an historic period of change and growth, including numerous changes in leadership, ownership and two Chapter 11 reorganizations.   Hull spent the first eight years of 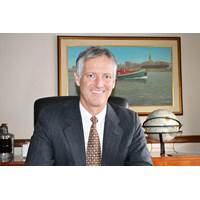 expertise. Dew has experience working in U.S. and international ports and seaways, including the Atlantic, Gulf of Mexico and Caribbean. However, this will be his first opportunity experiencing the maritime industry on the Great Lakes. Delventhal spent 10 years at P&R Water Taxi, a company of the Hawaii Resource Group, in Honolulu Hawaii as Director of Maritime Operations where he was responsible for management of the company’s 22-vessel operation. He also managed the day-to-day operations of the shipyard that serviced its fleet as well as Federal and Commercial Clients. Delventhal spent 19

Pearl Harbor Naval Shipyard is planning to hire 731 workers this fiscal year, a significant boost for high-paying jobs at the Hawaii's largest industrial employer, according to a report on  http://www.hawaiinewsnow.com. If you're looking for a job, there is no shortage of openings at the Pearl Harbor Naval Shipyard. For the next fiscal year the shipyard is looking to bring in 731 new employees, according to an official release from the shipyard.   This hiring spree comes as a response to offset nearly 270 departing employees through retirement and other means.   Putting this mass

relationships with boatyards that typically handle vessels larger than 80 feet. Rachael Cartwright joined the Pettit Sales and Technical Service Representative team on July 1. Based in the Pacific Northwest, her responsibilities include managing sales in Oregon, Washington, Western Canada, Alaska and Hawaii. Rachael has over a decade of experience in all facets of marine maintenance, repair and service. Before relocating to Seattle, she most recently held the position of General Service Manager at Ferry Point Marina in Arnold, Maryland. Rachael's positive attitude, attention to detail and desire to