28 years of service, and his military honors include two Purple Hearts, the Legion of Merit, the Silver Star, the Bronze Star, and the P.O.W. Medal. Since his retirement, Captain Plumb has been a motivational speaker, consultant, and executive coach. His clients include the U.S. Navy, NASA, General Motors, FedEx, Hilton, Aflac, and BMW.During Captain Plumb’s tour in Vietnam, five days before the end of his tour on his 75th combat mission, he was shot down over Hanoi, taken prisoner and tortured. During his nearly six years as a prisoner of war, he distinguished himself as a pro in underground 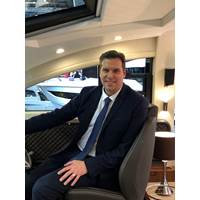 Yachts design, sales and marketing teams, and overseeing the dealer network.Formerly Commercial Director with Morgan Cars, de Roos brings a wealth of experience from across a range of business industries, starting his career across the hospitality and services sector, followed by 10 years with General Motors and 5 years with Ingersoll Rand, developing its sales networks and delivering sustainable growth.de Roos was born in the Netherlands, where he grew up at the family boating business. The family business meant moving to different parts of the world such as the Far East, USA, and Europe. de Roos

was director of ABB’s CRC in Västerås, Sweden, and also led ABB’s global automation technology research. From 2009 to 2011 Husain was head of ABB’s Smart Grid industry segment initiative. In this role, he was instrumental in pioneering agreements with partners such as General Motors and Deutsche Telekom, which have helped make ABB a leading name in smart grid solutions.

of Pittsburgh Katz Graduate School of Business. Also announced was the appointment of Scott Minder, currently finance director and business controller, industrial and packaging coatings, to director, investor relations, reporting to Morales. Minder joined PPG in June 2009 and previously worked for General Motors and Penske Logistics. John Jankowski, assistant treasurer, also will report to Morales. Jankowski will continue to provide leadership to the global treasury staff and in key areas of the treasury function. “These executives have demonstrated strong performance throughout their careers